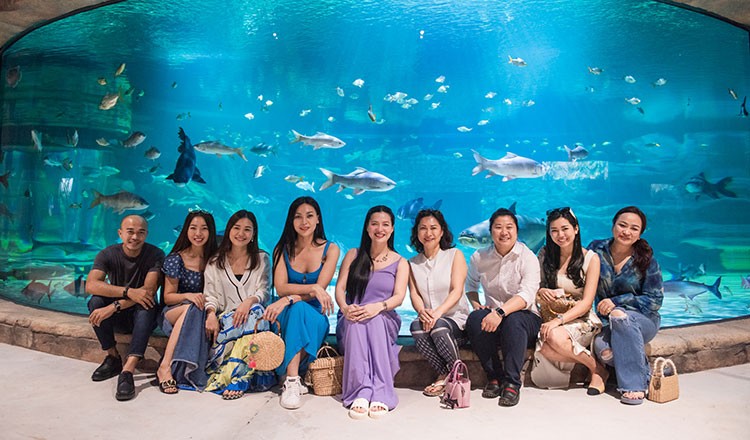 $70 million new tourism product to be launched next month

The Angkor Wildlife & Aquarium worth about $70 million is set to be launched in October this year to serve both local and international tourists who are expected to visit Siem Reap province even though the investors of this project may have to challenge potentially economic risks, according to a senior official.

Angkor Wildlife & Aquarium is set to feature a 500 cubic metres aquarium featuring freshwater species as well as a 600 cubic metres saltwater aquarium and the main aquarium building will house freshwater species that are endemic to Cambodia, Thailand, and Vietnam, according to an announcement by the developer for the first phase, adding that there are also 10 hectares of outdoor animal exhibits and attractions set to include tigers, river otters and crocodiles.

“This time, it is not necessary to spend hundreds or thousands of dollars travelling to other countries to enjoy aquarium because the aquarium in Cambodia is also as beautiful as those in other countries,” a release by Angkor Wildlife & Aquarium pointed out.

“Change your habits on normal holidays to enjoy new experiences through visiting the first world-class aquarium in the country.”

The project emphasizes both education and entertainment venue catering to international tourists visiting Angkor Wat and Siem Reap. Tickets are priced at $18, while locals including expats are offered discount tickets at $10, according to an announcement by Angkor Wildlife and Aquarium.

Thourn Sinan, Chairman of the Pacific Asia Travel Association (PATA) Cambodia Chapter, told Khmer Times yesterday that he applauds the investors in the Angkor Wildlife & Aquarium that is located in Srok Sotnikom district of Siem Reap province for planning to launch a very new tourism product of Cambodia in the right time and taking high risks of investment as the country’s economy has still been affected by global issues.

Sinan said that opening in October ahead of Cambodia’s main public holiday events is laudable considering the fact that the government allowed Water Festival 2022 in most parts of the country except in Phnom Penh.

“Actually, that is what we need for our tourism industry and I appreciate the fact that the investors for using their money in the investment even though they probably have to face challenges and risks to provide additional enjoyment to tourists who will not only visit temples but also other experience our very new tourism product,” said Sinan.

The current situation is the hardest ever not only for Cambodia but also for the whole world as global crises have hit hard to the common people including the ongoing war in Ukraine.

The problems in Europe have gravely affected Asia as the conflict has resulted in the rise of gas and oil prices, which led to the increase in prices of commodities and then the food crisis in the global context. “These aspects have made us feel eerie and so all of those are the disadvantages or risks of the investment. So, hats off to the investors,” Sinan said, adding that 26 kilometres from the central Siem Reap would not be the big deal for tourists.

“The investment reflects about their love for tourism because they have invested a huge amount of money during a hard time like this. I hope the Cambodian people will support them even though there are many external problems so that they will be able to sustain their operations,” he said.

According to Sinan, Angkor Wildlife & Aquarium will help Cambodia foster the development of the tourism industry that had been severely impacted by Covid-19 over the last two years to return to its uptrend from this year onwards.

It may be recalled that the government has released a financial intervention package of $150 million to revive the tourism sector by financing businesses affected by the Covid-19 pandemic in the last two years.

Finance Minister Aun Pornmoniroth said that the package comprises $75 million from the government through SME Bank and $75 million from other financial institutions. “The Covid-19 crisis has resulted in a lot of enterprises reducing, suspending or terminating their operations and tens of thousands of people losing jobs and income,” he said. 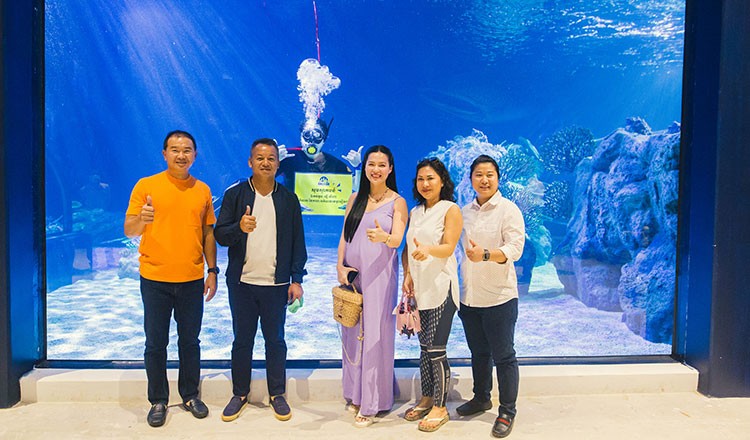