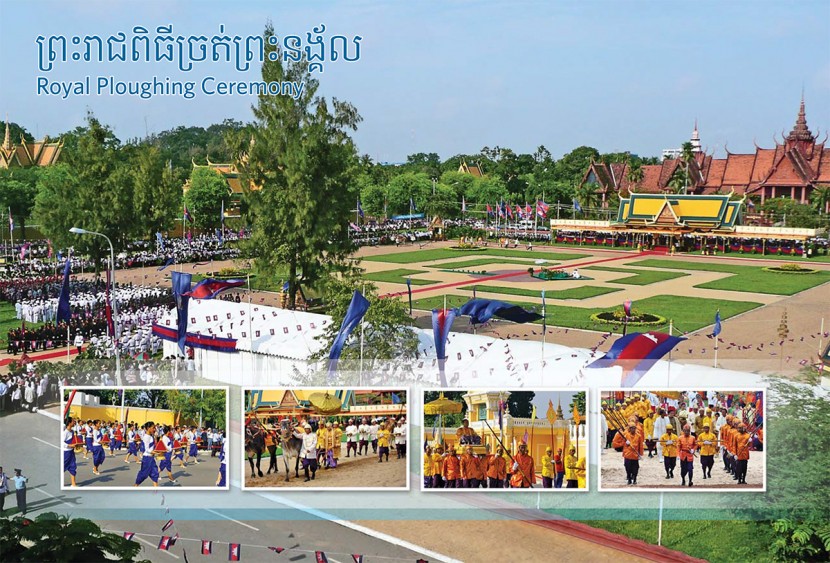 The Kingdom of Cambodia has a wealth of festivals; traditional and cultural festivals dated according to the Cambodian lunar calendar.

All of these festivals are influenced by the concepts of Buddhism, Hinduism, and royal cultures. The festivals, which serve as a source of great joy, merriment and Cambodia’s national colours, play a major role in influencing tourist opinions, behaviours, and options. Most of these are a time of great rejoicing for the predominantly rural and the urban populace.
The nation unites in understanding its cultural values and traditions. Here are some of the important celebrations organized during the year; all are public holidays.

Meak Bocha, a Buddhist Festival, usually observed on the full moon in the third month of the Khmer calendar, which generally lands it in later February or early March, was removed from the list of Public Holidays in Cambodia in a shake-up to reduce the number of public holidays. Nonetheless, this is still observed as an important festival by the citizens; 95% of whom are Buddhists.

The Water & Moon Festival, a spectacle to behold, is probably the most exorbitant festival held each year in November.

The water festival is the most exuberant time of the year. Metaphysically, it is an event to thank the mighty Mekong River for bringing water and fertility to the land.

The fluvial festivities are meant to keep the river divinities happy, ensuring a bountiful harvest of rice and fish for the year to come. The festival culminated with exciting boat races that go on for three days in November around the inauguration of the month “Kadek” in the Khmer calendar.

the Moon festival (Ok Om Bok) is celebrated in conjunction with the Water Festival. When night falls, each family would prepare offerings that traditionally include sweet potato, banana, dessert, coconut and most significantly, flattened rice (Om Bok). This solemn ceremony, saluting the moon and revering the Rabbit Bodhisattva is observed throughout the nation; wishes are made and hopes restored.