The race that produced the builders of Angkor developed slowly through the fusion of the Mon-Khmer racial groups of Southern Indochina during the first six centuries of the Christian era. Under Indian influence, two principal centers of civilization developed. The older, in the extreme south of the peninsula was called “Funan” (the name is a Chinese transliteration of the ancient Khmer form of the word “Phnom”, which means “hill”).

Funan was a powerful maritime empire that ruled over all the shores of the Gulf of Siam. In the mid-sixth century, the Kambuja who lived in the middle Mekong (north of present day Cambodia), broke away from Funan. Within a short period, this new power known as Chenla, absorbed the Funanese Kingdom.

At the beginning of the ninth century, the kings set up their respective capital in the present province of Siem Reap. For nearly six centuries, the kings enriched it by building temples one after another and each being more sumptuous than the other. Two hundred of these temples are spread all over in the Angkorian area some 400 square kilometers in the Siem Reap Province. The temples and their sanctuaries are best known for their architecture and sculptures. 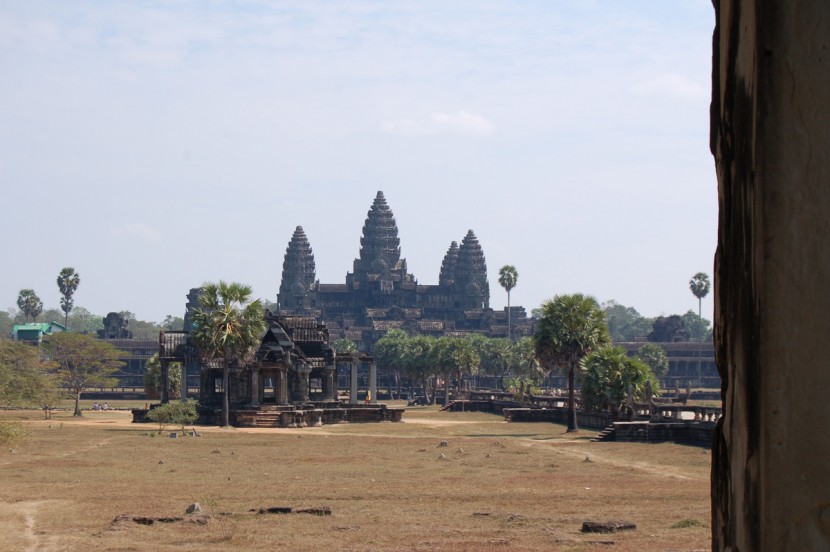 The first founder of Angkor was King Jayayarman II (802-850), who built one of his residences on the plateau of the Kulen in 802. King Indravarman I (887-889), a nephew of King Jayavarman II, constructed a vast irrigation system at Lolei and then built the tower of Preah Ko in 879 and Bakong in 881.

King Yasovarman (889-900), the son of King Indravarman I, dedicated the towers of Lolei to his memory in 893 and founded a new capital to the northwest which was to remain the very heart of Angkor. He built the Eastern Baray, a 7km X 2km size artificial lake also.​ 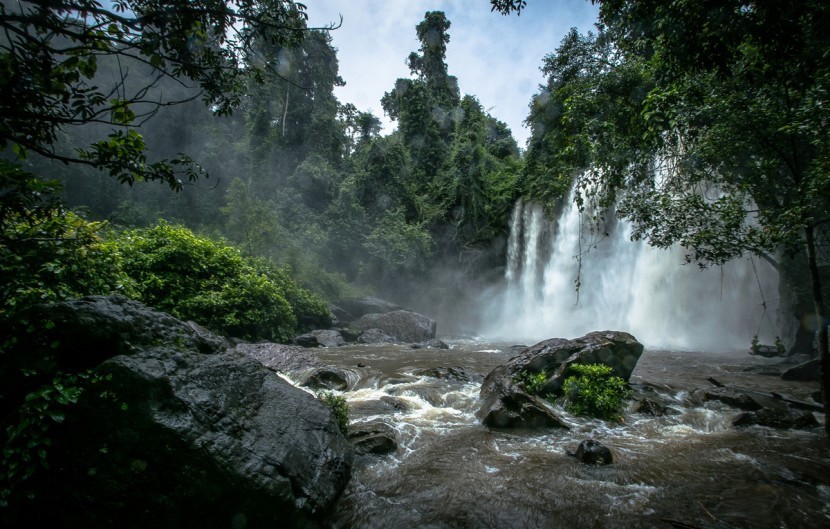 King Harshavarman I (900-923), the son of King Yasovarman, who took to the foot of Phnom Bakheng, consecrated the little temple of Baksei Chamkrong, and built Prasat Kravan in 921. King Jayavarman IV (928-941), uncle of King Harshavarman I, reigned in northeastern Cambodia near the present town of Koh Ker. He erected several majestic monuments.

King Rajendravarman (944-968) returned to Angkor in 952 and built the Eastern Mebon and Prè Roup in 961. In 967, the Brahman Yajnavaraha, a high religious dignitary of royal blood, erected the temple of Banteay Srei, about 20 km northeast of the capital. King Jayavarman V (968-1001) founded a new capital around Takeo Temple. 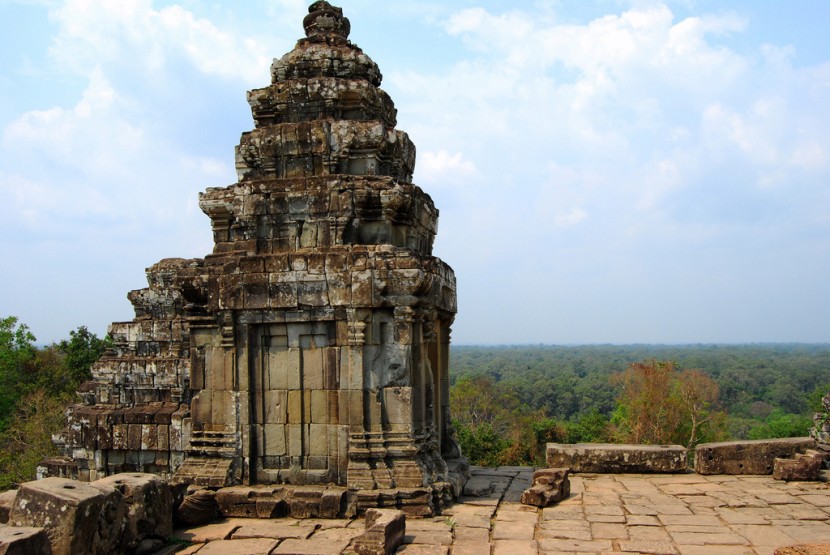 In the eleventh century, King Suryavarman I (1002-1050) seized Angkor and founded a glorious dynasty. It was at this time that the Gopura of the Royal Palace of Angkor Thom was completed with the sober pyramid of the Phimeanakas at its center. He also erected the temple of Phnom Chiso, some parts of Preah Vihear, and Preah Khan in Kampong Svay District. 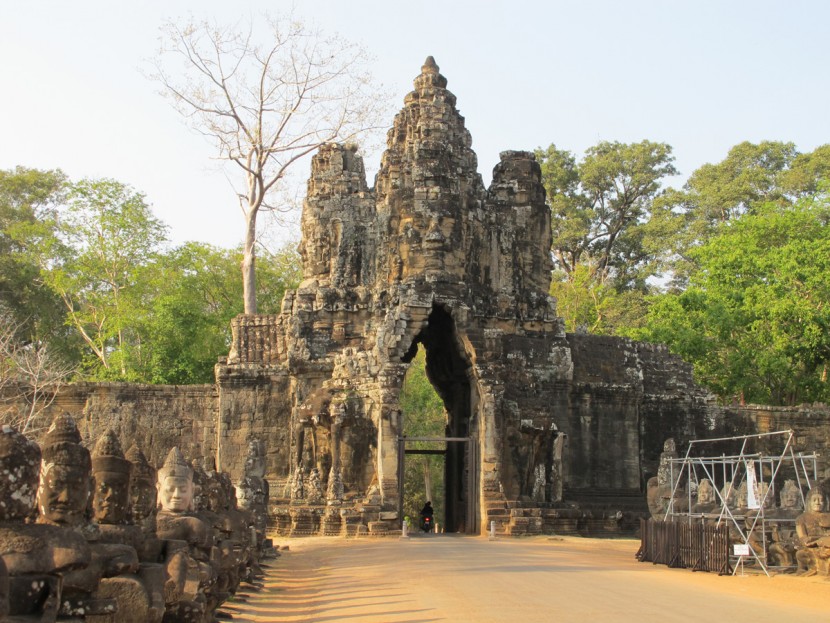 King Udayadityavarman II (1050-1066), son of king Suryavarman I, built the mountain temple of Baphuon and Western Baray. King Udayadityavarman's brother, King Harshavarman III, succeeded him and ruled from 1066 to 1080 when violent strife led to the fall of the dynasty. King Jayavarman VI (1080-1113) continued to build Preah Vihear Mount in Vat Po and Phimai. 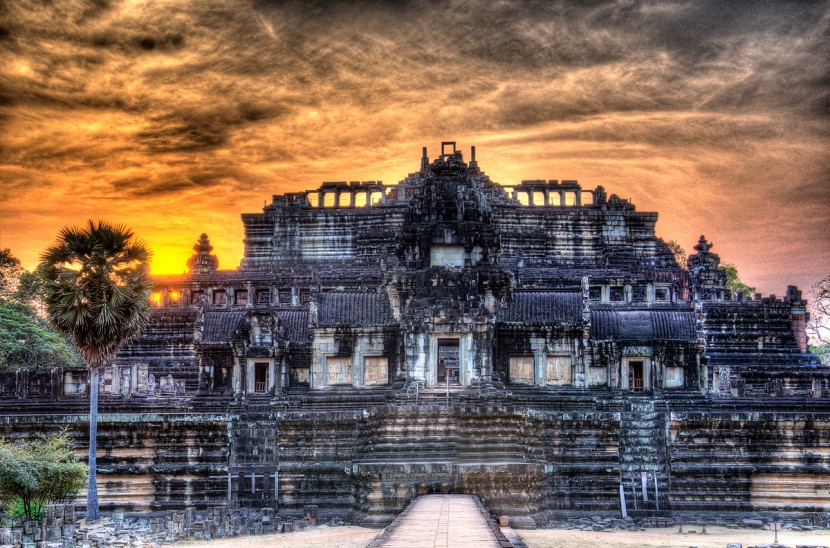 King Suryavarman II (1113-1150) extended his power from the coast of the China Sea to the Indian Ocean and built the temples of Angkor Wat, Thommanon, Chau Say Tevoda, Preah Palilay, Preah Pithu and Banteay Samrè. After these dazzling achievements, the Khmer civilization began to decline due to internal strife and an attack by the Chams. 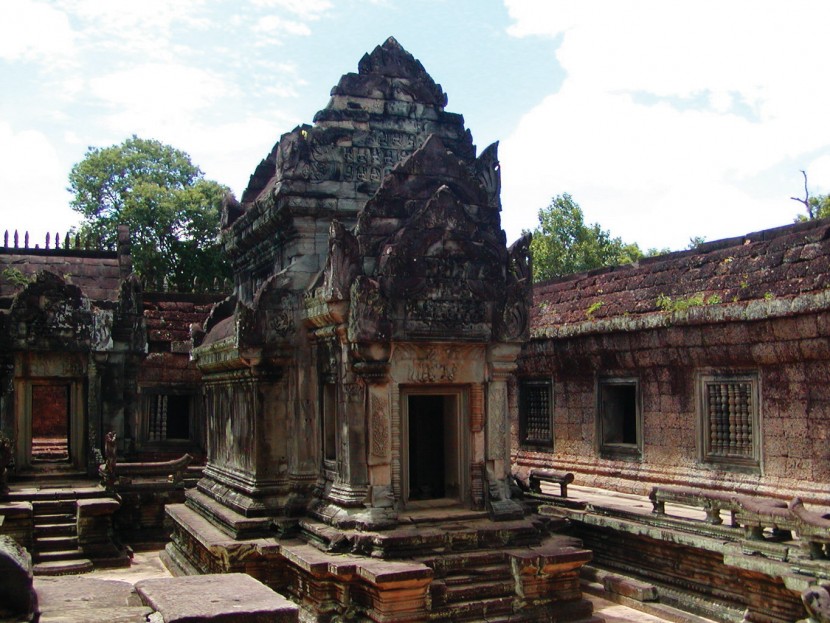 Then he erected Banteay Kdei, Srah Srang, the Terrace of the Leper King, the Terrace of the Elephants, Neak Pean, Ta Saom, Ta Nei, and a few monuments in other parts of the country. It was he who founded his great capital, Angkor Thom and in the center of which, he built the Bayon temple with its two hundred stone faces.

It is understandable that the country was exhausted after these enormous efforts. The decline of the Angkor era began after the death of King Jayavarman VII in the early thirteenth century. Due to Siamese invasion and the limitations of the irrigation system, Khmer power declined so drastically that the king was finally obliged to move to the vicinity of Phnom Penh in 1431. Then, resulting from a series of Siamese and Cham invasions, the country was placed as a French protectorate in 1863.

After regaining Independence in 1953, the country resumed several names: 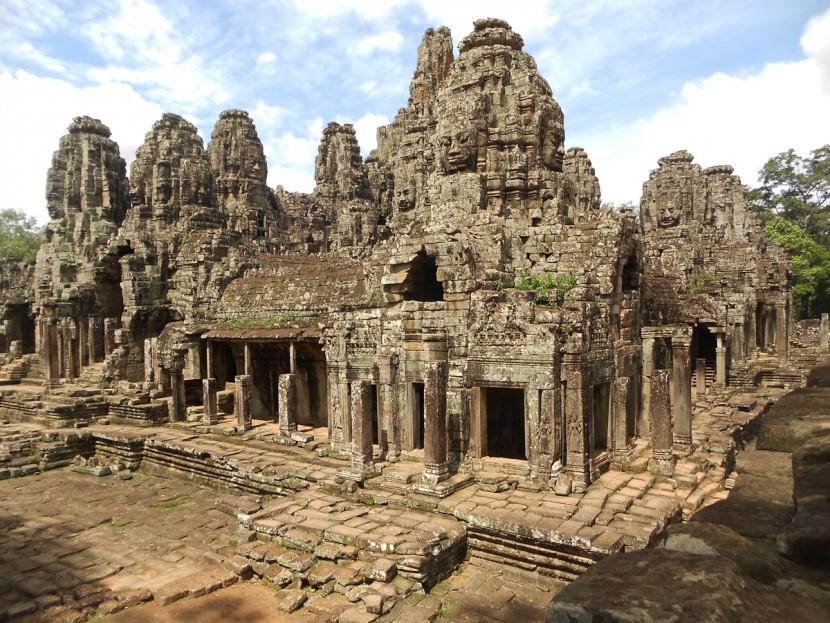 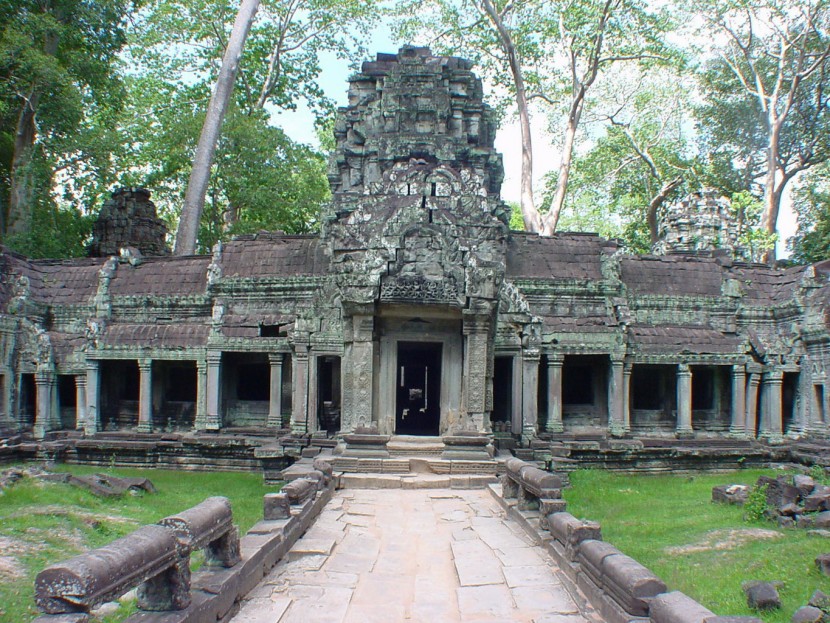 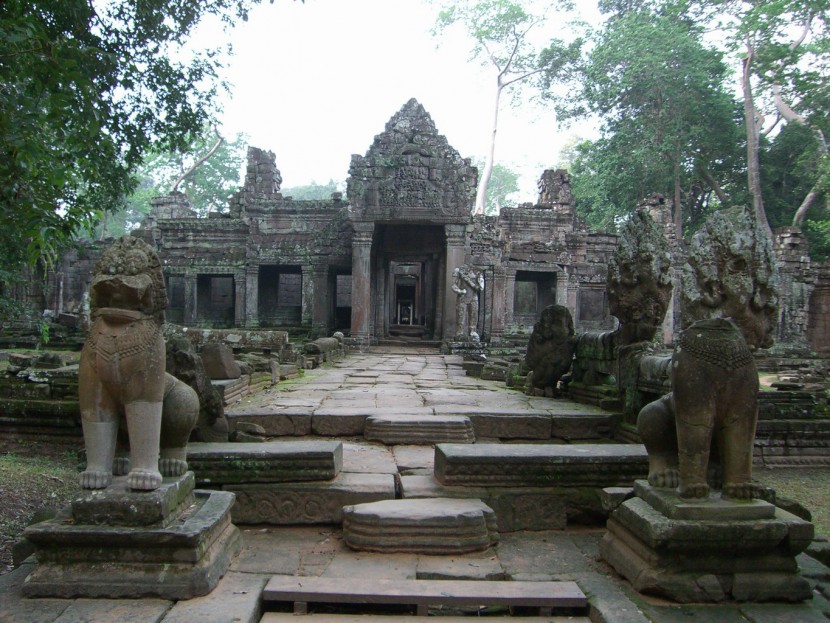 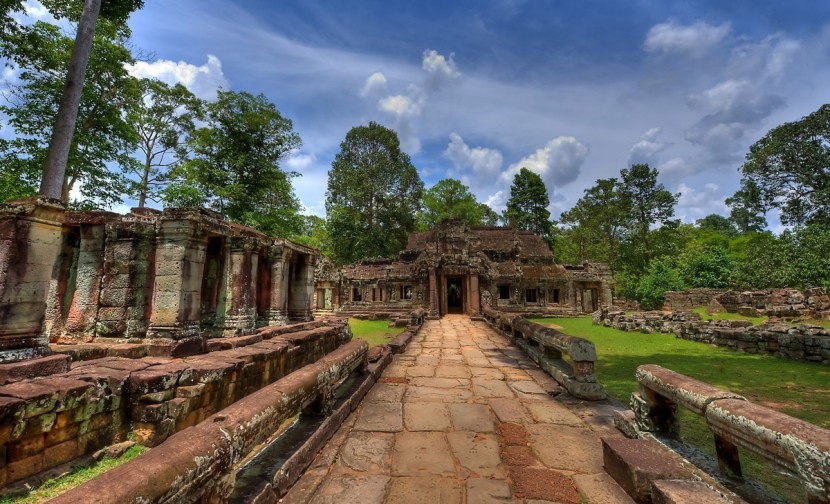