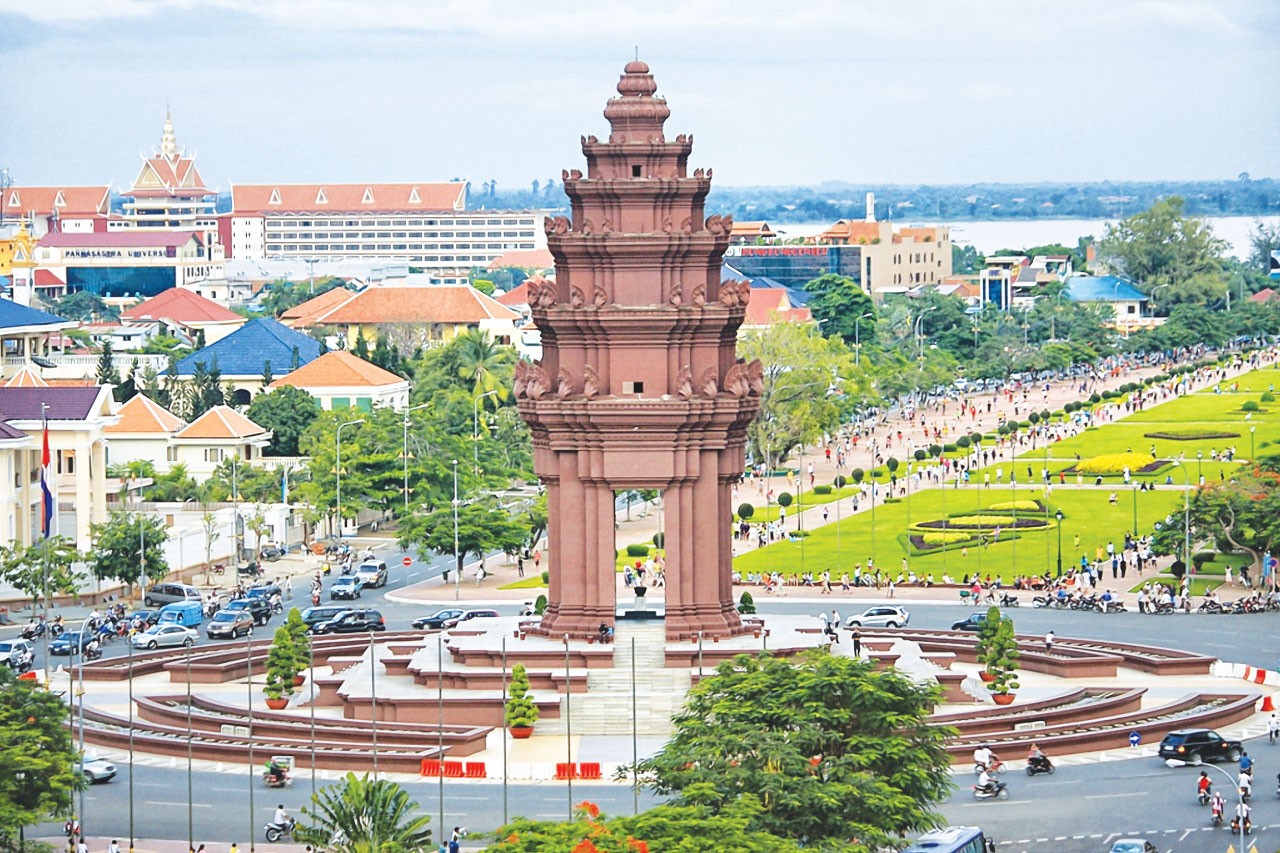 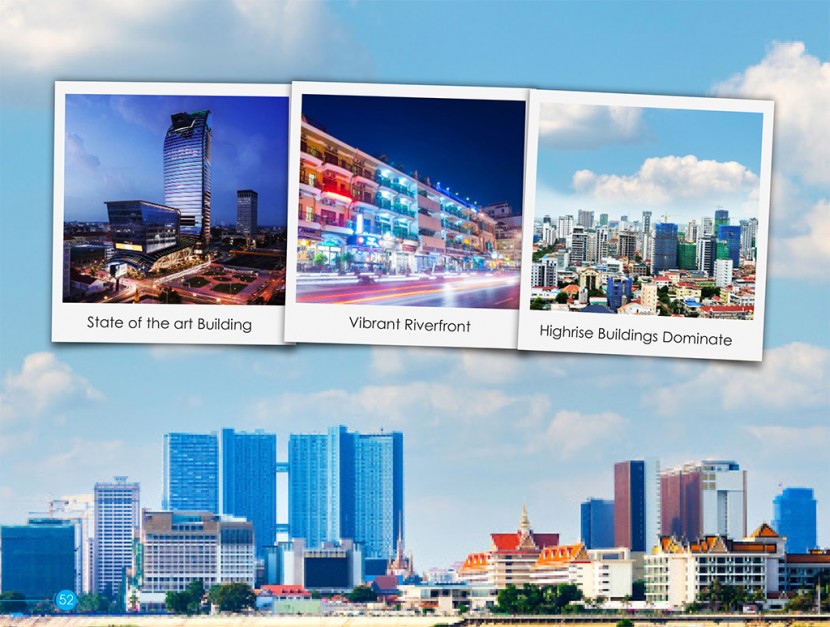 Cambodia’s rapid economic growth these past years accelerated urban growth in and around the capital Phnom Penh. A modern metropolis dominated by skyscrapers and surrounded by satellite cities has morphed from a city once dominated by gravel roads, a low-rise and colonial buildings. More high-rise buildings are being developed.

Once hailed, the ’Pearl of Asia’, Phnom Penh is fast regaining its lustre having developed to become the nation›s economic, commercial, cultural and tourist center.

Tourists experience a fresh wave of Cambodian hospitality in this city of more than 2 million people. Hotels of all levels of comfort and class are here in the city to pamper. Cambodians are by nature cordial and friendly. Here in the capital city, people are more enterprising; being in the city that is now a centre of diverse economic and urban development.

The riverfront is lined by chic pubs, bistros and boutique hotels. Smart little silk boutiques and galleries dot the side streets. A blossoming arts scene and a heady dusk-to-dawn nightlife; such are what this pearl has now to offer.

There are much to be enjoyed around Phnom Penh; the list of interesting places around the city is a long one. However, even if time permits, a ride around the city might be a good place to start. 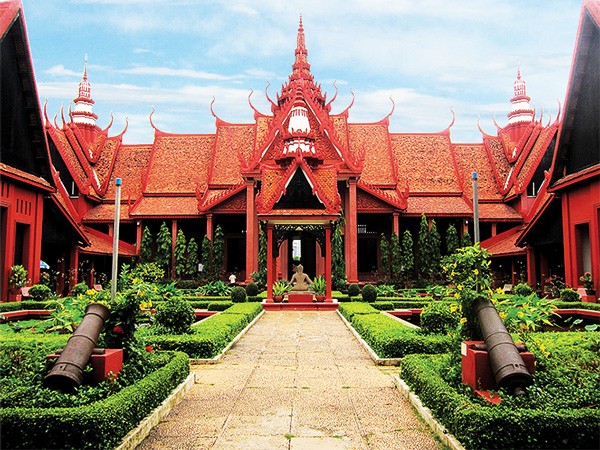 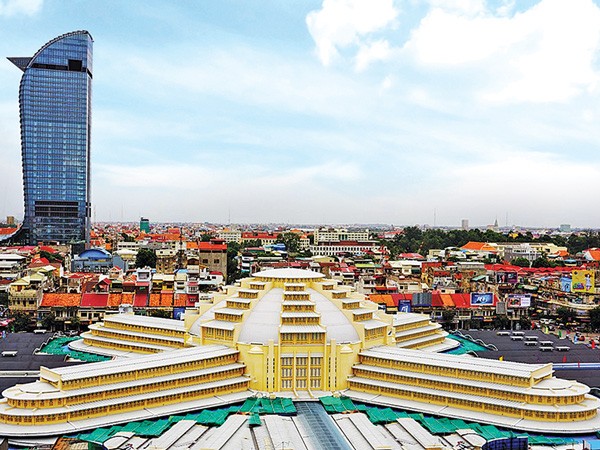 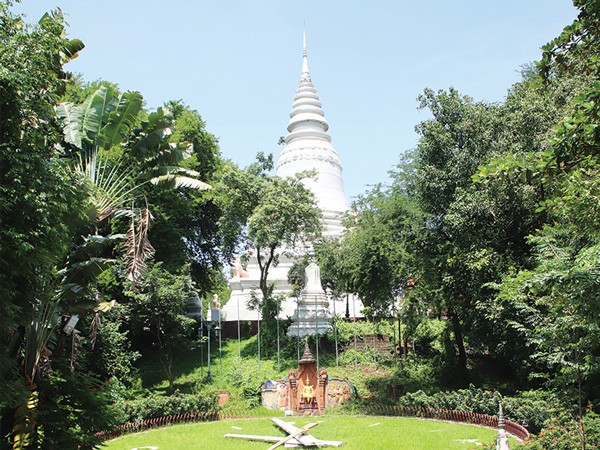 Depending on one’s idea of entertainment (fun), any vacation wouldn’t be quite complete if shopping and dipping into the local culture, knowing some history and sampling the delights of the food are not included. The city got its name from Wat Phnom.

There are several fully fletched modern malls in the city that cater to just about every convenience including F&B, like those in any big city around the world. For a more exotic shopping experience, check out the Central market; an Art Deco giant ‘ant-hill’ you wouldn’t want to miss. Toul Tom Pong market earns for itself a place in almost every tourist magazine for its variety and diversity of ‘Best Buys’ including antiques and branded overrun shoes and clothes at huge discounts. Along Sothearos Boulevard are some neat ‘antique’ shops that sell silver trays, betel boxes, belts, old coins, silver or wooden statuettes and marble carvings; good souvenirs. The art galleries on Street 178 near the National Museum is also a good place to explore. Top that with a visit to the museum. The museum boasts the largest display of Khmer arts in the world; more than 14,000 with some dating back to the 11th century. The Royal Palace is just a strolling distance from the museum. 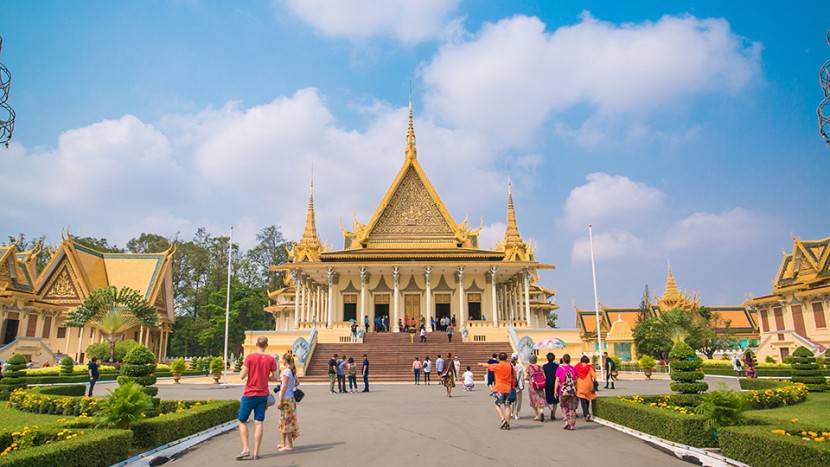 The Royal Palace is a complex of beautiful buildings designed in classical Khmer style architecture nestled among plots of beautifully manicured gardens. The famous ‘Silver Pagoda’ is just next to the palace; both of these top tour spots are situated at the river front. Along this stretch of road on the land side, check out the shops, eateries and pubs before you call it a day.
Boat rides can be booked directly at the riverfront. Some of these would take you on a romantic night cruise with dinner. 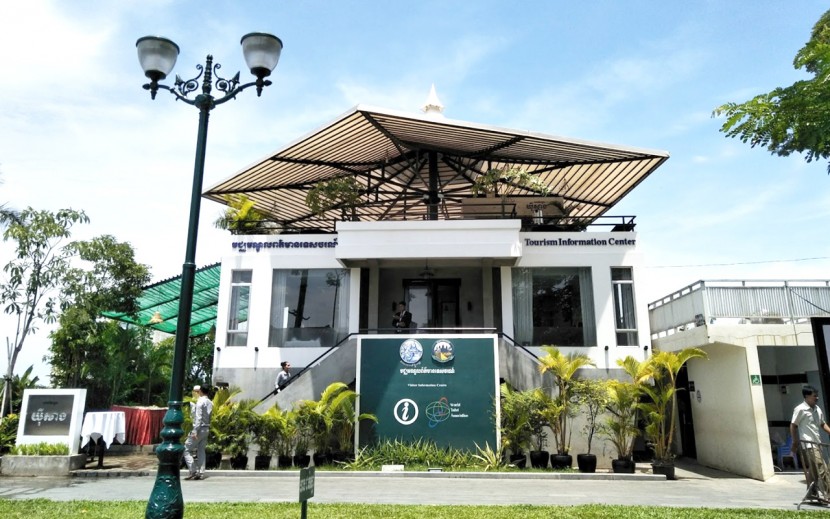 To help make your trip to Cambodia more convenient and memorable, the Ministry of Tourism has set up 16 tourist information centers across the country, including centers in Phnom Penh, Siem Reap, and Sihanouk. Each center is staffed with friendly and helpful attendants who can assist you with your planning and answer your questions. Additionally, centers carry free information pamphlets, maps, and other travel information about individual provinces, accommodation, and attractions. Please stop by—we'd be happy to help with your trip. 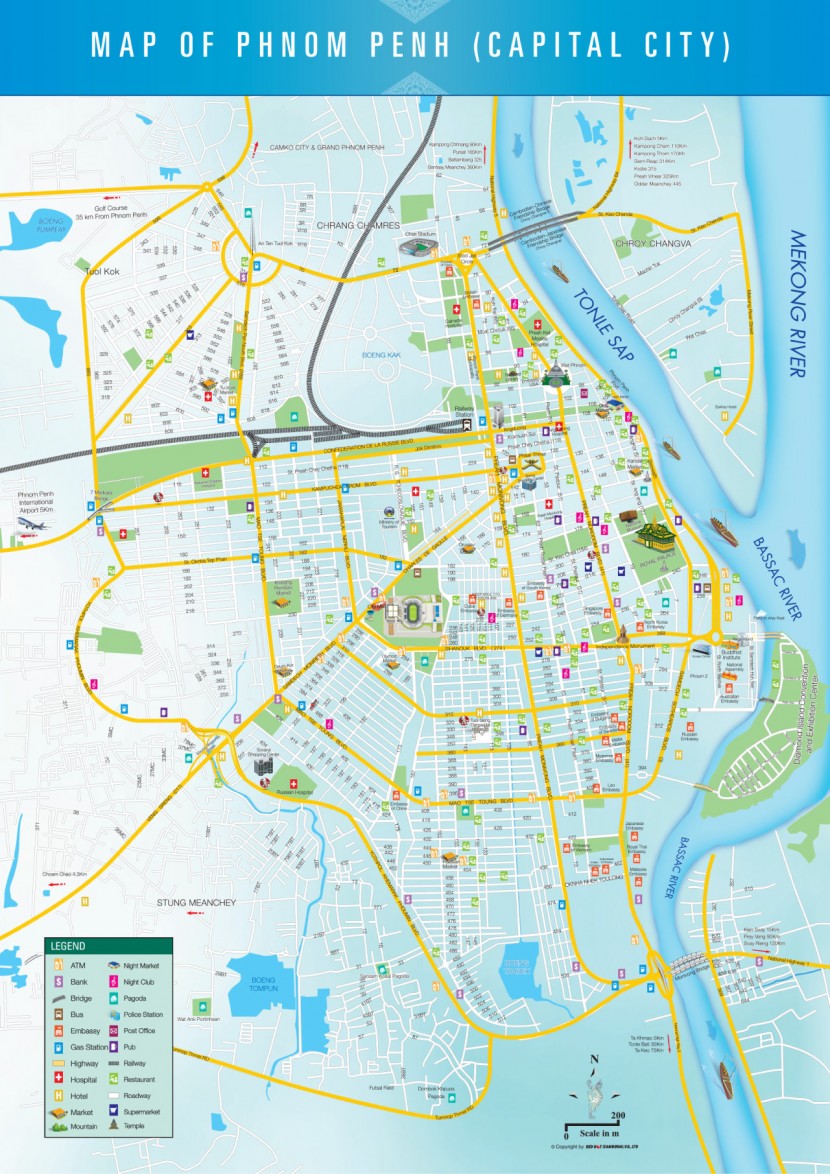