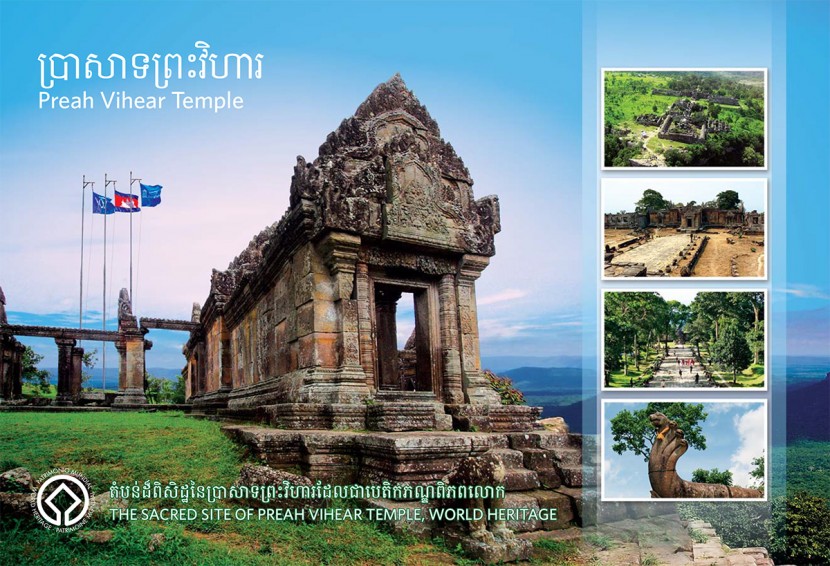 This sacred site is situated spectacularly atop Poy Tadi, a 525-metre (1720 ft) cliff in the Dangrek Mountains located in Choam Khsant District in the Province of Preah Vihear in northern Cambodia; 140 km from Angkor Wat; approximately 320 km from Phnom Penh. The temple gives its name to Cambodia’s Preah Vihear province.

As a key edifice of the empire’s spiritual life, it was supported and modified by successive kings and so bears elements of several architectural styles. Quite oftenly visited by clouds, the temple has the most spectacular setting of all the temples built during the six-century-long Khmer Empire. The Temple is composed of a series of sanctuaries linked by a system of pavements and staircases over an 800 metre long axis and is built with a clear view of the plains from where it stands. 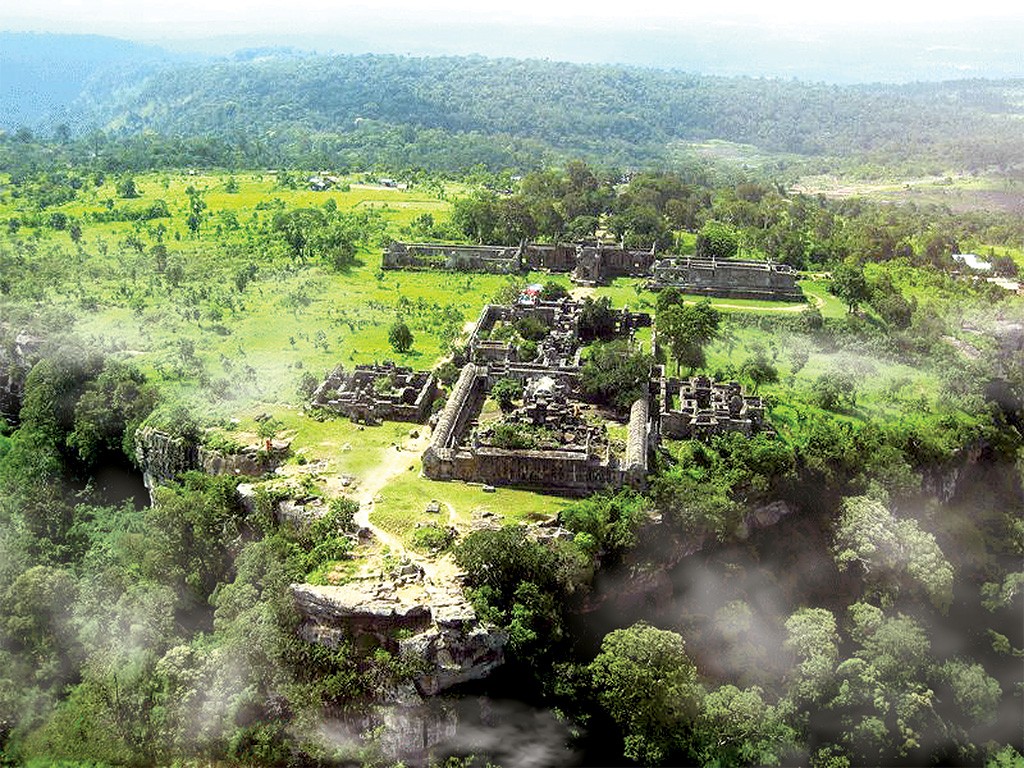 Dedicated to Shiva, this temple is unusual among Khmer temples in being constructed along a long north-south axis rather than having the conventional rectangular plan with orientation toward the east. However, it is believed to have been built to serve the same purpose as a stylised representation of Mount Meru, the home of the gods.

Preah Vihear is truly an outstanding masterpiece of Khmer architecture; very ‘pure’ both in plan and in the detail of its decoration. The temple has four levels and four courtyards which comprise of five Gopuras (entrance pavilions). The third level was the Palace Building.

From its location on top of the cliff the scenic view below stretches many kilometers across the plain. This awesome temple is only 140 km from Angkor Wat and 418 km from Phnom Penh. Preah Vihear is definitely worth the while making a trip.

Through the energetic efforts of the Royal Government of Cambodia under the wise, brilliant leadership of Samdech Akka Moha Sena Padei Techo HUN SEN, Prime Minister of the Kingdom of Cambodia, Preah Vihear Temple was listed and declared a World Heritage site by UNESCO on 8 July, 2008.